The Bald Eagle is one of the most majestic birds to observe and photograph. They are impressive with a wingspan up to 7 feet and the female is normally larger than the male. They are monogamous and mate for life. They breed only once a year and together build an enormous nest that can weigh a ton which they come back to and use year after year. Bald Eagles can live for as long as 25-30 years!  They are regal and beautiful. The Eagle’s talons are around 2 inches long, but their strength comes from their leg muscles and tendons. The Bald Eagle can exert as much as 1000 pounds of pressure per square inch! Those talons are the last thing many fish get to see.

These majestic birds of prey are awe inspiring. Their huge wingspan of up to 90 inches, ability to lift up to 4 pounds, visual acuity of up to four times that of humans and longevity of 20 years make these creature fascinating. I never tire of watching and photographing these beautiful birds of prey. 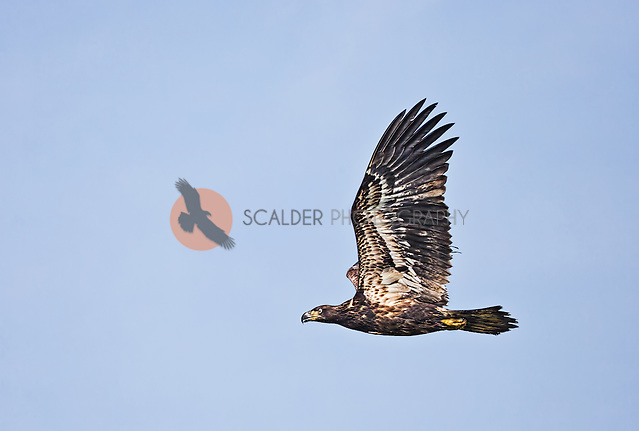 This Juvenile Bald Eagle looks like he is really on a mission to find some food!  These birds are so  interesting to watch as  they seem to “learn” the skills to hunt by watching the adults.