This Female American Kestrel is perching on a bare branch as she scans the ground, hunting. This small falcon is our smallest bird of prey in North America. The Kestrel hunts during the day by pouncing on small rodents and insects. The American Kestrel is a cavity nester but must find an abandoned woodpecker hole or nest box because they are unable to excavate their own cavity. The Male American Kestrel locates a possible nest cavity and then presents it to the Female and she makes the final choice. They are beautiful little falcons and quite common but move very quickly making them a challenge to photograph!

These majestic birds of prey are awe inspiring. Their huge wingspan of up to 90 inches, ability to lift up to 4 pounds, visual acuity of up to four times that of humans and longevity of 20 years make these creature fascinating. I never tire of watching and photographing these beautiful birds of prey. 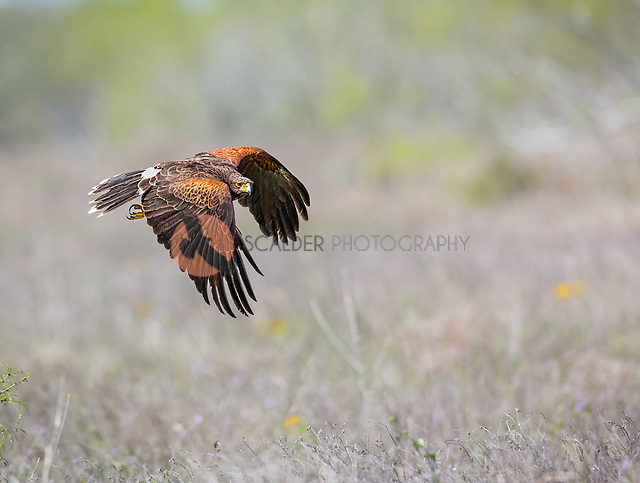 This is such a magnificent bird! His rusty colored shoulders and white rump are so gorgeous in flight. I captured this image in a field in South Texas.