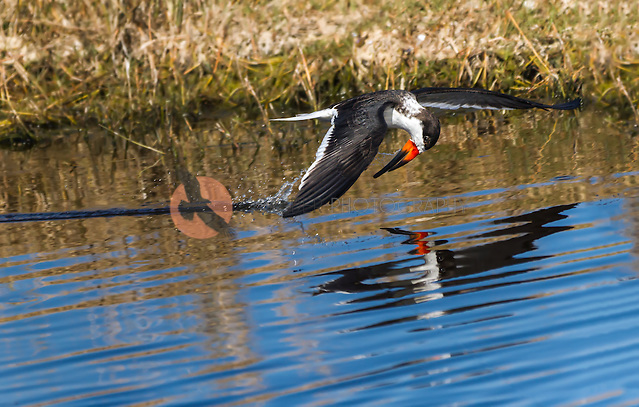 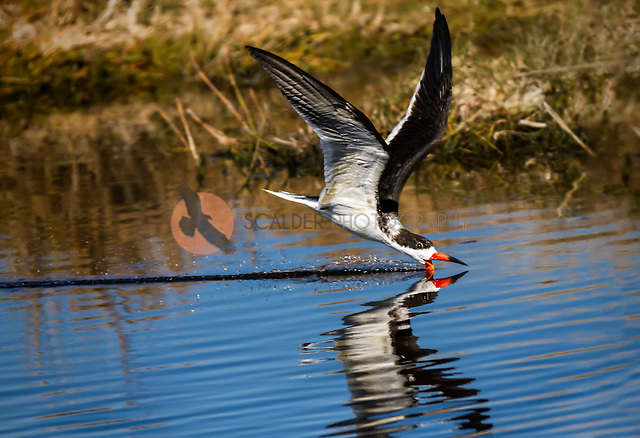 I was recently at Merritt Island in Florida and discovered this Black Skimmer zipping along on the water surface of one of the inland canals.  Their behavior is as unique as  their appearance.  They have scissors-like red bill and their lower bill is much longer than the upper bill.  They skim along the surface, scooping fish into this brightly colored bill.  As I followed this bird in flight, it dove under the surface and tucked it’s head under as it came back up above the surface.  I have no idea what purpose this head tucking  behavior serves.  If you know about this behavior, please share with me! 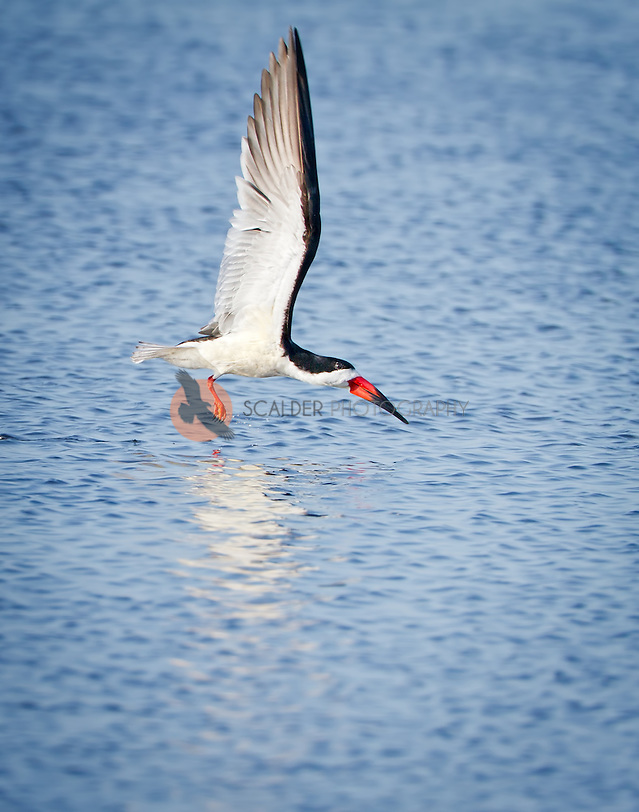 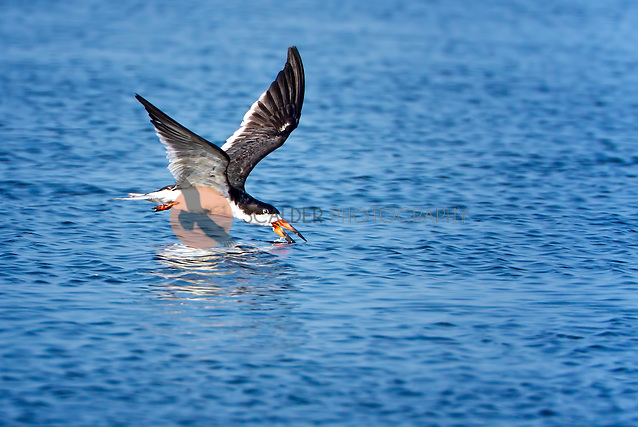 The Black Skimmer is a cousin of the gull and tern but with a scissorlike bright red bill. It’s bill is very odd in that the lower mandible is approximately one third longer than it’s upper bill giving it a very unusual appearance. The odd beak doesn’t become uneven until the juvenile is almost fully grown. It flies low across the water and skims the water with it’s lower bill to scoop prey up into it’s mouth. When it senses, by feel, the small crustaceans that it feeds on, it snaps it’s bill shut. The precision that this requires is a sight to behold. The water depth must be shallow and at just the perfect level.