I discovered this Female Merlin flying like a rocket to the top of this bare tree. She looked like a Peregrine Falcon as I watched her from a distance. I was photographing in Bombay Hook National Wildlife Refuge and had seen a Peregrine the preceding day and was eager to see it again. As I got closer, I realized this falcon was too small to be a Peregrine. When I got close enough to photograph her, she was scanning the area below her from the top of this tree. I learned later (after I identified it as a Female Merlin), that they can fly 30 plus mph and even faster and they eat smaller birds. They catch these small birds in midair with a high-speed attack. Even though the Merlin looks just like a miniature Peregrine, Merlins are prey for Peregrine Falcons!

Bombay Hook National Wildlife Refuge is one of my favorite birding spots.  I was visiting this Delaware wildlife refuge this spring and saw this Mute Swan in the sunset light.  I photographed the Swan as it started flapping it’s wings and then started running along the water surface and took off in flight. Mute Swans are beautiful and graceful and very exotic looking. They are also HUGE with a wing span up to 94 inches and weighing up to 30 pounds.

Mute Swans take off from the water by running really fast and flapping their wings until they build up enough speed to take off. They can fly up to 50 miles per hour! I had no idea until I read about Mute Swans that they are not native to the United States. They were all imported from Europe in the 19th century to “adorn” parks and large estates.  The Mute Swan has flourished in the wild and are seen as “invasive” in some areas because they are very aggressive and also because they eat as much as 8 pounds of aquatic vegetation per day.  Some references state that they can displace native bird species and can also be  a danger to humans because of their fierce defense of their nests.

It is hard to believe that this beautiful, graceful Swan can be a hazard. I’ll be sure to always observe from a safe distance! 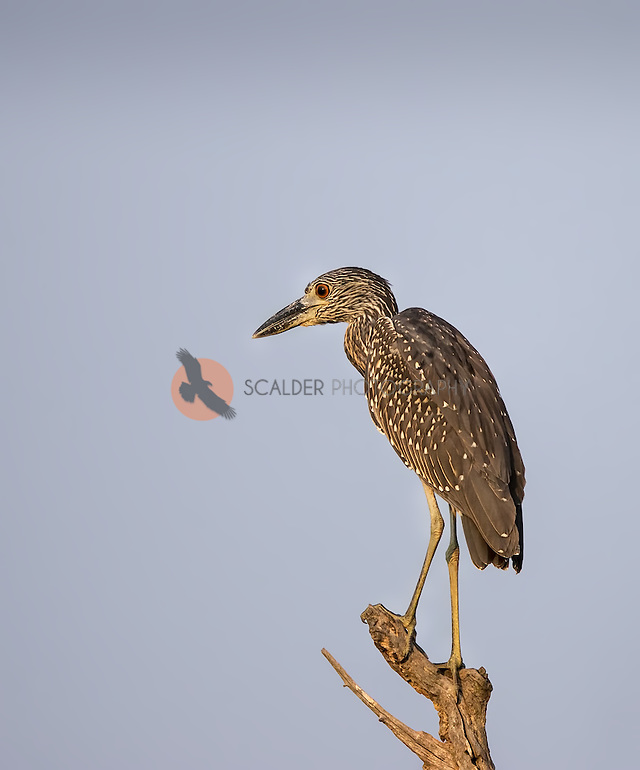