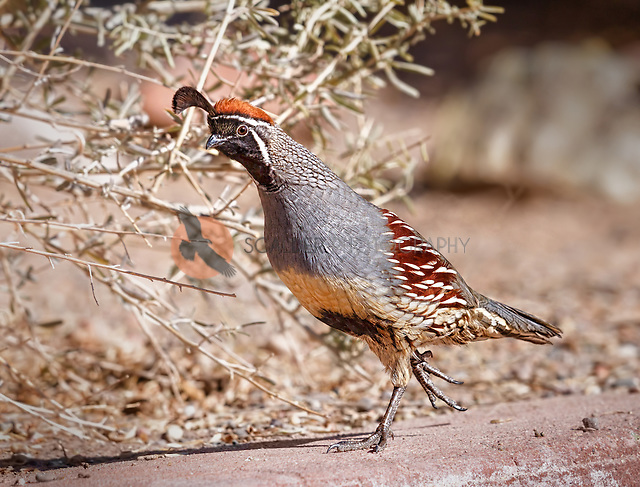 These New World Quail have quickly become some of my favorite birds to observe and photograph.  I photographed this Male Gambel’s Quail while visiting Bosque del Apache National Wildlife Refuge this winter.  They tend to travel as a group, running on the ground.  While I was observing them, they seem to have a large male who “herds” and directs the rest of the group to food and away from any sensed danger.  The covey seem to eat and carry out their business while the “Look out  Male” stands guard.  He sends a warning call when danger approaches, such as a bird of prey overhead, and the flock scurries for cover.  They are fascinating and beautiful and I may be completely misinterpreting their behavior but it’s fun to presume and wonder. 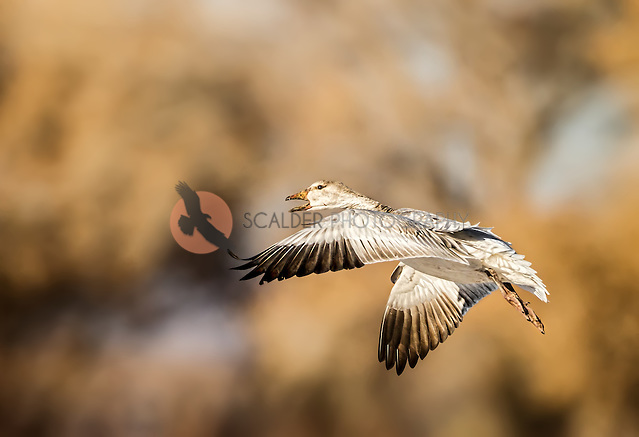 The Snow Goose may be very common to some of you, but not where I live in the Blue Ridge Mountains. In the winter at Bosque del Apache National Wildlife Refuge, New Mexico they are present in abundance! I caught this one just as the light was fading in the evening and he was flying and calling to the rest of the flock. I think they are beautiful to watch and facinating to know that they make very long journeys during migration. Some Snow Geese that winter in western North America which is where I photographed this one, actually breed in Siberia!

I captured this goose, landing in the water in the Orchestra position, at Bosque del Apache National Wildlife Refuge last winter. I assumed it was a Snow goose because the pond was filled with white geese that everyone around me referred to as “snow geese”. Something looked a little different about this one but, caught in the moment of capturing the image I didn’t pay attention to the details. It wasn’t until I processed the image that I saw that it is much smaller than the Snow Goose and the beak is different. It lacks the black “lips” of the Snow Goose. This is a Ross’s Goose that lives in the same habitat as the Snow Goose and sometimes cross breeds with the Snow Goose. 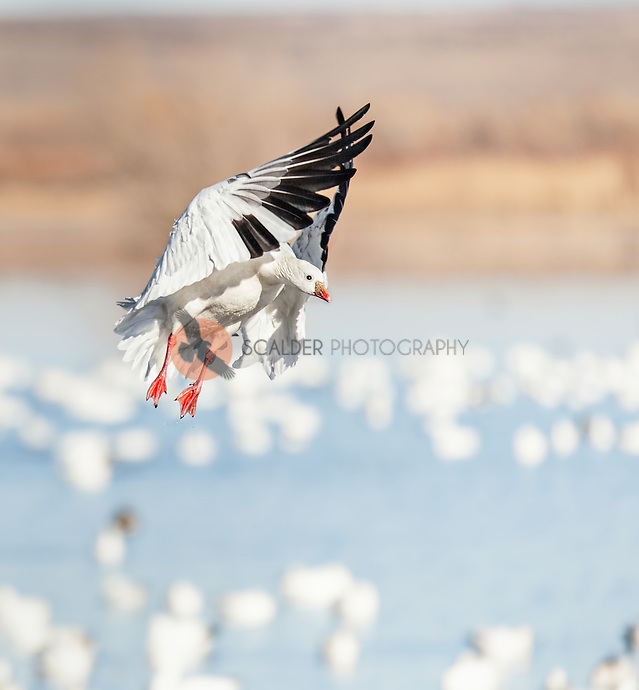 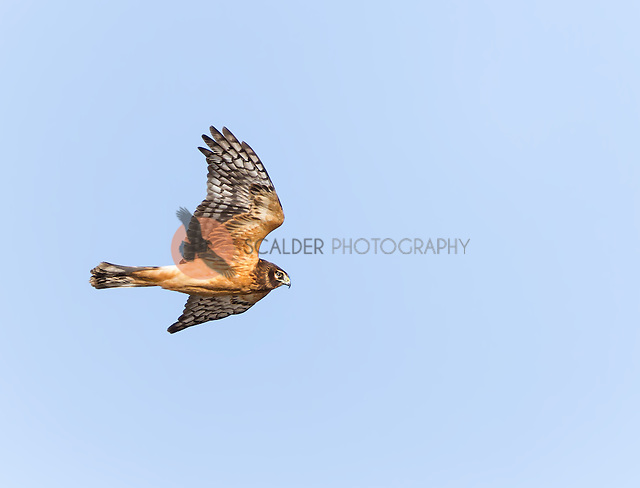 This Juvenile Northern Harrier was hunting in a field in Bosque del Apache National Wildlife Refuge in New Mexico, USA. It was flying back and forth in an area across a field where I saw it every day for 2-3 days. I originally identified it as a Red Shouldered Hawk but now realize it is really a Juvenile Northern Harrier. Raptor identification is extremely detailed and difficult!