The Canvasback is one of North America’s largest and heaviest ducks, weighing up to 3.5 pounds and capable of flying at 56 miles per hour!   The breeding male Canvasback has a chestnut-colored head with bright red eyes.  These diving ducks are quite strikingly beautiful.  I photographed this male Canvasback just as he rose out of the water flapping his wings.  Water and feathers are flying everywhere as he exuberantly flapped and preened.  He had just come up from a dive and still has a layer of water on his bill.

The adult Arctic Tern breed and nest mostly in the Arctic but fortunately a few breed and nest on Machias Seal Island. They have beautiful breeding colors with bright red beaks and feet. These Terns mate for life and have the longest migrations of any animal, sometimes with a round trip of 40-50,000 miles. They nest on the ground and are fiercely defensive of their nests and chicks. These two were aggressively defending their chicks and will peck you on the head if they think you are too close to their nest or chicks! 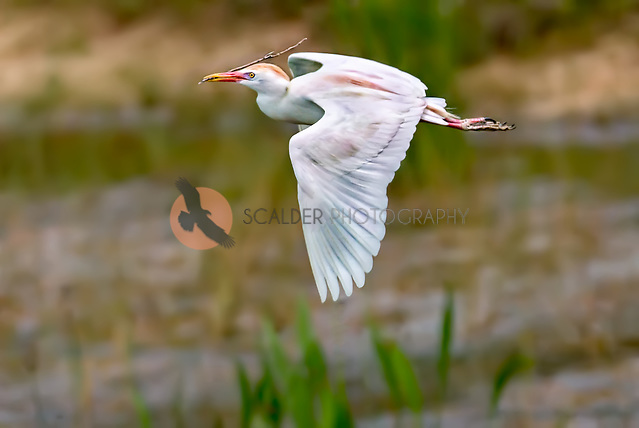 The Cattle Egret in breeding colors is a beautiful sight in the spring. Other times of the year it is a small white Egret but in spring it is many colors of red and orange. This bird only arrived in North America in the early 1940″s and has now successfully established itself over the whole continent.

The Male Anhinga really puts on a colorful show during breeding season. His eyes completely change and he becomes this flashy bird with beautiful eyes. The Anhinga is so common but during breeding season they are extraordinary.  He looks like he is wearing turquoise eyeshadow!  I guess the girls really like that. 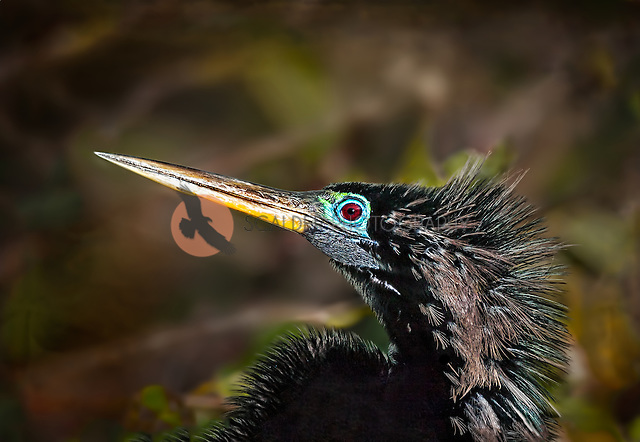 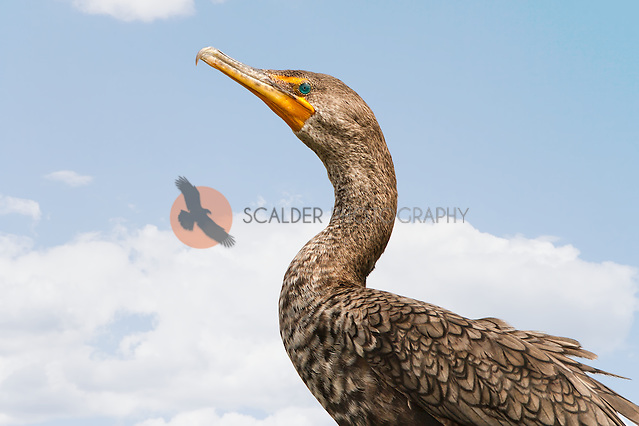 These waterbirds are very commonly seen, but in their breeding colors they are spectacular. Look at those eyes!