The tropical Crested Caracara has a very unique appearance with an unfeathered orange-red face and long legs. This bird of prey is in the Falcon Family but looks very different from most falcons. This adult Crested Caracara has just landed on a bare branch scanning the ground for food. They are opportunistic feeders, and will catch small animals and snakes but will also scavenge on carrion like Vultures. This strikingly beautiful bird is not common in the United States except in a small area in Florida and on the Texas/Mexican Border. In Mexico, the Crested Caracara is sometimes referred to as “Mexican Eagle” and is thought to be the bird that was depicted on the original Mexican flag and national emblem. 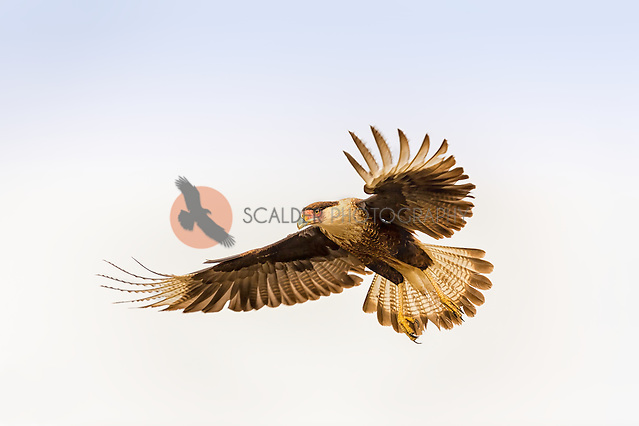 This Crested Caracara came screeching to a halt as he (or she) came in for a landing. It was early morning in South Texas. These large long-legged birds are unusual to me because in the USA, they live only in South Texas and a very small area in Florida. I’m told they are a tropical version of a vulture but they are certainly more attractive than a vulture to my eye.