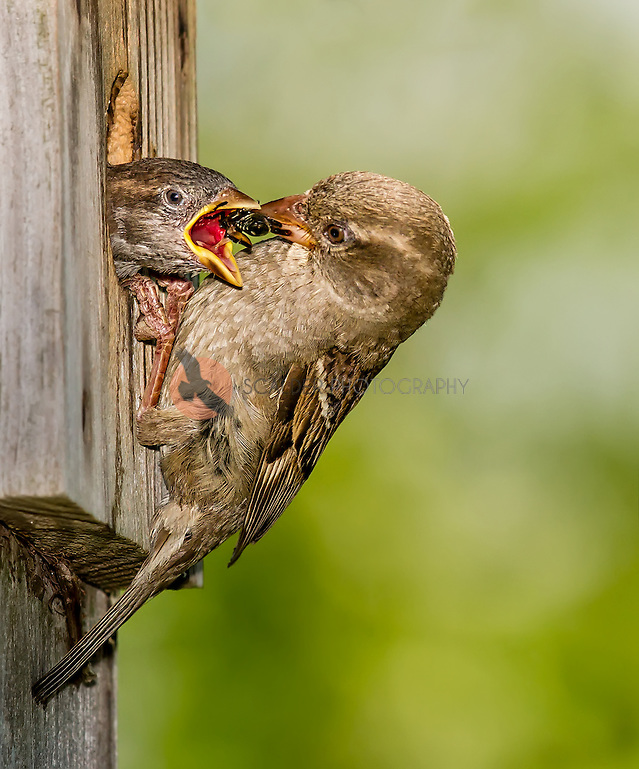 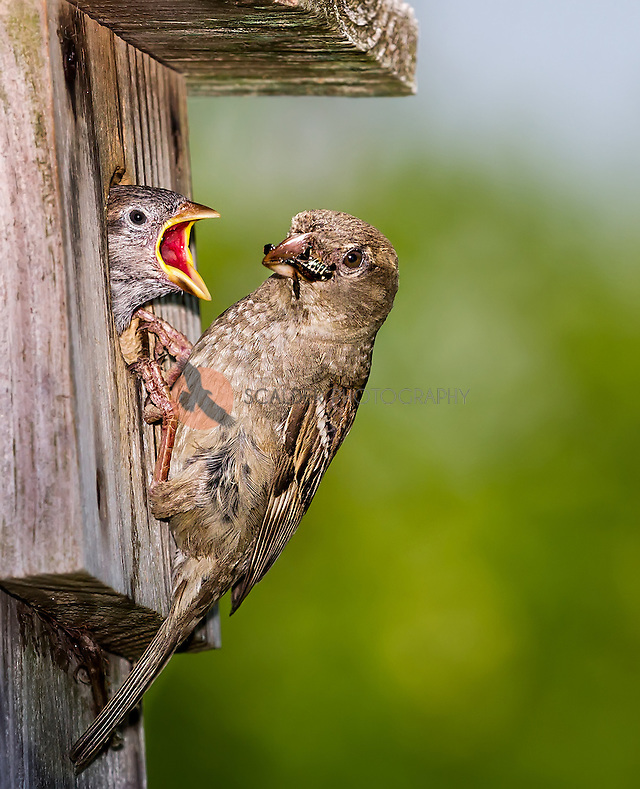 This House Sparrow nestling really wants that Bee that Mom has in her mouth. 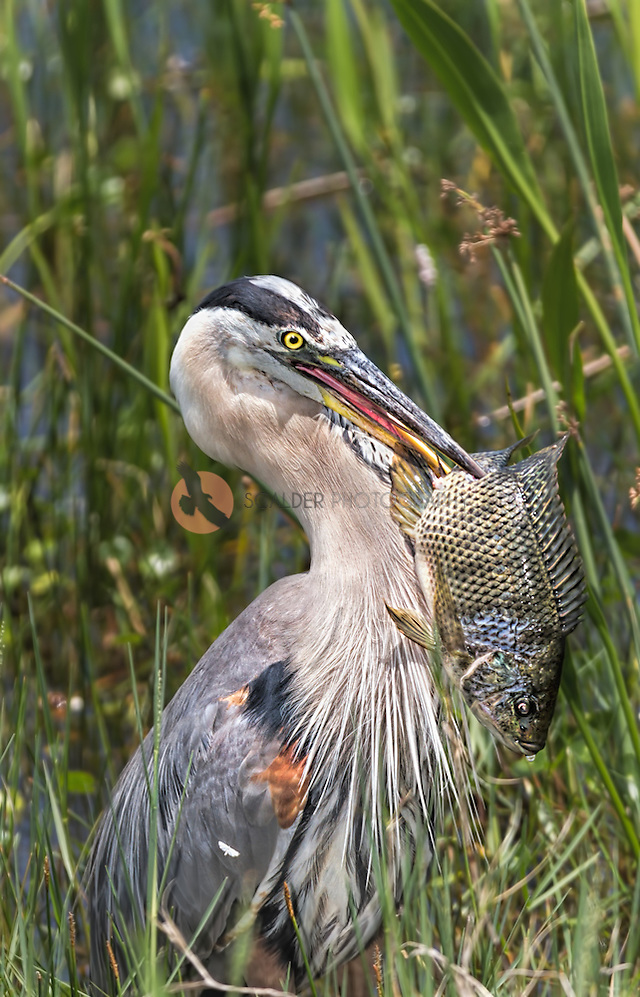 I don’t know what that Grackle is feeding it’s young. It looks like a piece of popcorn