I patiently watched this Female Belted Kingfisher perched on this dead snag. I expected she would swoop down and grab a fish. After what seemed like ages, she took off but passed behind the perch, showing me her tail feathers. But she graciously circled back in front of the snag, allowing me an opportunity for a flight shot. Belted Kingfishers devote a lot of time sitting alone along the edge of streams, watching the water and hunting for fish. They disappear rapidly down to the water to dive for fish, but this one left her favorite fishing spot just to shop for a better vantage point. This pretty lady flew to another snag because maybe the fish are tastier on the other side of the water? 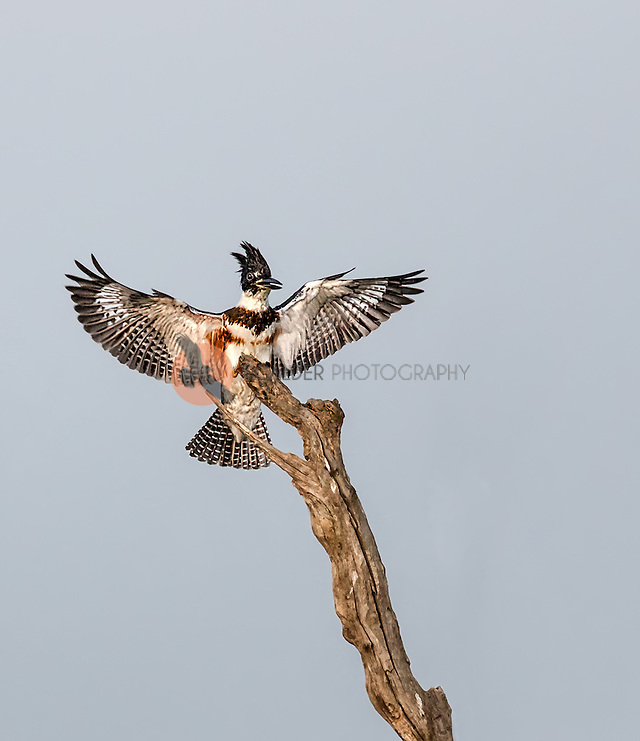