They nickname the Atlantic Puffin the “Sea Parrot” because of its large colorful bill during the breeding season. These colorful birds have a fascinating life. The “Sea Parrot” nests on isolated islands in large colonies. On these isolated islands the male and female together, dig a burrow up to 7 feet long with their bill, and clawed feet. The Atlantic Puffin pair are monogamous and often return to the same burrow year after year. Some pairs have been together for twenty years or more! 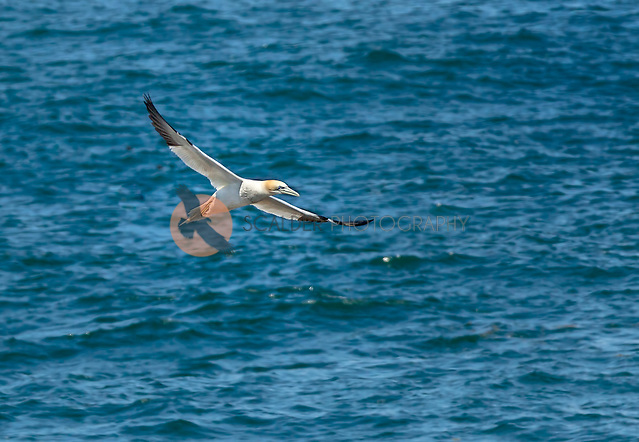 This is the largest seabird in the North Atlantic with a 38 inch wingspan. I have visited Machias Seal Island for Puffin photography several times but have only seen these birds once. Like the Puffin, they are seabirds so are not frequently see on shore except to breed. Their summer range is off the Coast of the Canadian Maritimes so I feel fortunate to have photographed this beautiful bird from Machias Seal Island. I had no idea what it was, just that it was big, beautiful and I had never seen one before!!! 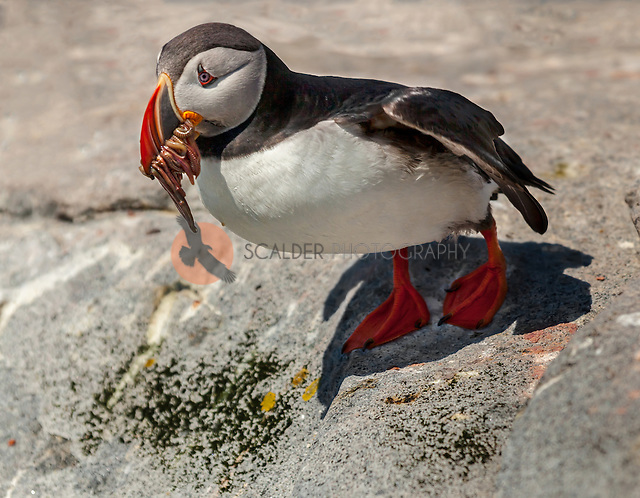 “Look what I brought you. We’re going to eat like kings!” 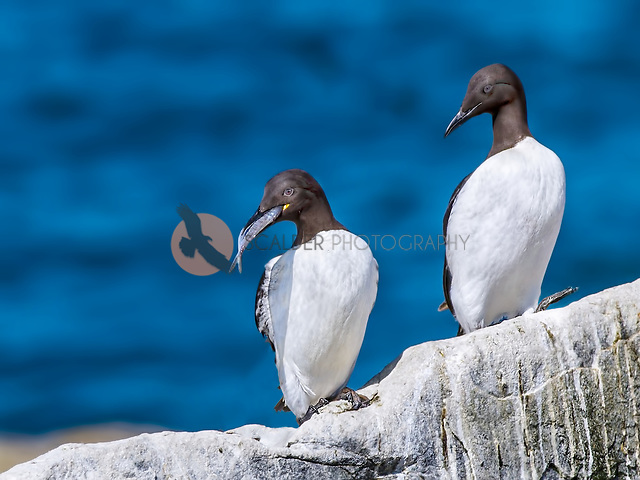 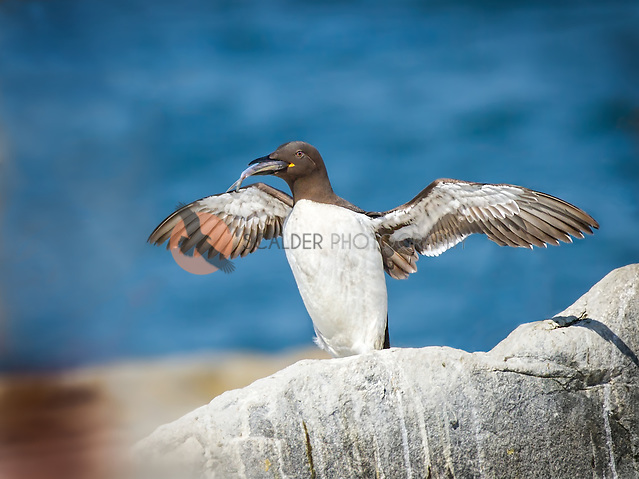 This Penguin-like bird is actually the Northern Hemisphere’s penguin! They dive and use their wings like flippers but unlike the Penguin, these seabirds can fly.
I photographed this one with a fish in it’s beak on Machias Seal Island.