I captured this Female Purple Martin in flight with an insect in its beak at Plum Island. The insect looks like a grasshopper, but since they feed almost entirely inflight, it apparently isn’t a grasshopper. I recently read that most of the Purple Martin population in the eastern part of the United States make their nests in man-made martin houses. Apparently, Martin houses are the influence of Native Americans that put up hollowed-out gourds on poles to manage insect populations around their villages. The western martins still nest in tree cavities or deserted woodpecker holes, but the eastern martins prefer the multi-dwelling martin houses. Purple Martins migrate to Mexico or South America during the winter and return to their multi-family residences in summer to reproduce. 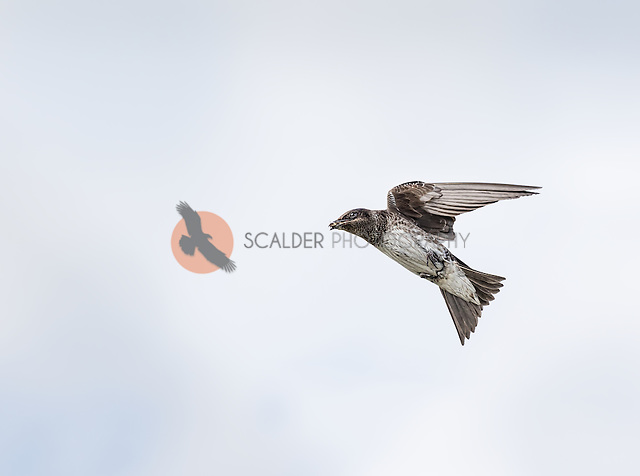 These large Swallows fly VERY rapidly and feed in midair. This female caught a bug in flight as I watched. It looked like a tiny aerial acrobat.