This Reddish Egret is in full breeding colors and is standing in the water with it’s shaggy, rusty colored neck feathers ruffled. This large heron is uncommon and seen in the United States only in coastal tidal flats in southern states. I photographed this one in Florida. This beautiful bird nearly became extinct by plume hunters for its beautiful feathers in the late 1800’s. 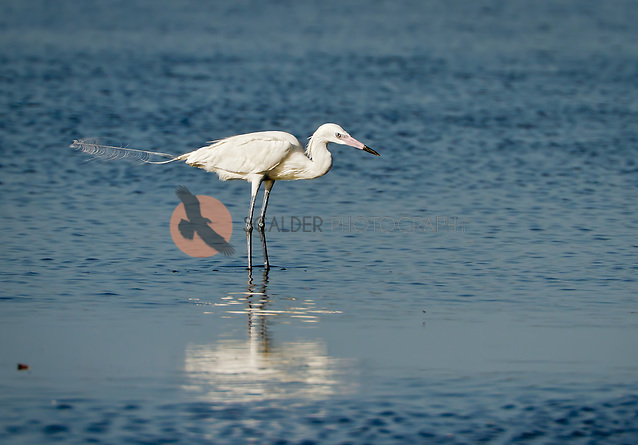